Deciding whether to scan a pregnant patient with CT can be one of the toughest decisions in radiology. The idea of irradiating a fetus is troubling to patient and doctor alike.

Project Management made all the difference for one imaging centers conversion to PACS
With five open MRI imaging centers in the greater Pittsburgh, PA, area, referrals from multiple physicians and growing patient volumes, Image Radiology Group wanted a more efficient workflow than they had with paper- and film-based systems in use at each site. Click here to read their story.

Yet there are situations when an abdominal scan CT of the expectant patient -- presenting, for example, with suspected acute appendicitis and equivocal ultrasound -- is the safest choice for the well-being of the mother and therefore the fetus. And there are situations that are less clear-cut, which must be navigated with great care.

At Stanford Universitys International Symposium on Multidetector-Row CT in San Francisco, two presenters addressed some of the risks and fears of CT in pregnancy.

Cynthia McCollough, Ph.D., an associate professor of radiologic physics at the Mayo Clinic in Rochester, MN, discussed the evidence and consensus policies of leading organizations for several indications.

In another presentation, Dr. Fergus Gleeson from Oxford University in the U.K. discussed his teams evidence-based protocol for dealing with suspected pulmonary embolism in pregnant patients, staking out a limited role for ventilation-perfusion (V/Q) scanning that Gleeson considers unwarranted for the general patient population.

〝Different people, depending on their perceptions about radiation risk, have very different reactions to looking at this video,〞McCollough said in her talk.〝The question becomes, is this (scan) a bad thing?〞

For the patient(s) in the video it clearly wasnt. The indications -- suspected acute appendicitis and equivocal ultrasound -- were borne out by the positive finding of a ruptured appendix in the expectant mother.〝We irradiated this child in utero ?but it was a serious clinical situation and the benefit (of CT imaging) to the mother, and hence the child, outweighs the risk,〞McCollough said.

At other times the decision can be more difficult. A run of negative CT exams can make a doctor less confident about the decision to scan -- and wonder if CT is being overused, she said.

Certainly an abundance of caution is in order. A number of damaging effects of radiation on the fetus have been documented, primarily from the Japanese nuclear bomb survivor cohort but also from animal studies, McCollough said. At high doses the potential biological damage in utero can be substantial, ranging from childhood cancer to intrauterine growth restriction, small head size, mental retardation, and prenatal death, although the latter has been difficult to trace directly to radiation exposure, she said.

Nevertheless, researchers and radiologic watchdog organizations have long concluded that doses of 50 mGy or less result in extremely low levels of risk to the conceptus. Most commonly CT scans produce well under 50 mGy, most 5-20 mGy at maximum, McCollough said.

McCollough cited a 2004 statement by the Washington, DC-based American College of Obstetricians and Gynecologists (ACOG).〝Women should be counseled that x-ray exposure from a single diagnostic procedure does not result in harmful fetal effects,〞the ACOG wrote.〝Specifically, exposure to less than 5 rad (50 mGy) has not been associated with an increase in fetal anomalies or pregnancy loss.〞

The ACOG also cautioned that concerns over the harmful radiation effects should not affect the appropriate use of imaging.

In 1999, the Advisory Committee on Radiological Protection (ACRP) stated that〝prenatal doses from most properly performed diagnostic procedures present no measurably increased risk of prenatal death, malformation, or impairment of mental development over the background incidence of these entities.〞

The National Council on Radiation Protection and Measurements (NCRP) stated in 1977 that the risk of fetal malformation exceeds control levels only at doses higher than 150 mGy, McCollough noted in an abstract.

In its 2004-2005 bylaws, the Reston, VA-based American College of Radiology (ACR) stated that the interruption of pregnancy is rarely justified by the risk of injury to the embryo or fetus from a single imaging exam.

To balance the potential risks of scanning -- and not scanning -- with the benefits of a CT diagnosis, physicians must evaluate the indications carefully for each patient while steering clear of the emotional response to radiation that is pervasive in society and can lead to bad decision-making, McCollough said.

After all, in popular culture, radiation is a fearful subject that has rarely lent itself to calm discussion.

〝Radiation is something created by crazy mad scientists,〞McCollough said. 〝A radioactive spider caused Steve Parker to turn into the Amazing Spider-Man, and of course its also responsible for the Incredible Hulk.〞

The antidote to hysteria is data-driven discussion, she said. Its important to understand that most knowledge about the effects of radiation in utero has come from a relatively small cohort of pregnant atomic bomb survivors. There were only 2,800 pregnancies in this unfortunate cohort, just 500 of which experienced fetal doses greater than 10 mGy, McCollough said.

Certainly the fetal risk from common CT exams is negligible for head or extremity imaging of the expectant mother. When imaging the abdomen, ultrasound is the preferred modality. CT is justified only in limited circumstances in which the alternatives are unacceptable -- for example, in suspected pulmonary embolism, acute stone disease, or as noted above, suspected acute appendicitis with equivocal ultrasound.

Of all the potentially deleterious effects of radiation, childhood cancer presents by far the greatest risk to the fetus. But the evidence shows that commonly used radiation doses do not present a significant risk, she said, illustrating the point with data she adapted from〝Exposure to the Pregnant Patient to Diagnostic Radiations: A Guide to Medical Management〞(Louis K. Wagner, Richard G. Lester, Luis R. Saldana, Medical Physics Publishing Corporation, 1997).

Based on this assessment, McCollough noted the risk of not developing childhood cancer in the most sensitive first trimester of pregnancy is quite high: 99.75% at 10 mGy, 99.12% at 50 mGy, and 98.25% at an extreme 100 mGy. In the less sensitive third trimester, the figures are 99.88%, 99.70%, and 99.48%, respectively. And its important to remember that fetal doses are far lower than the total exposure, she said.

A routine abdominal MDCT without directly imaging the abdomen or pelvis yields about 4 mGy. Imaging directly over the pelvis yields 25 mGy for a routine stone protocol.

Even thin-slice CT angiography over the whole chest and abdomen produces only 34 mGy of radiation, significantly less than the 50 mGy negligible risk threshold, she said.

〝We are implementing stone protocol doses as low as 5 mGy because stones are bright (on CT) and pretty easy to pick up,〞McCollough said.〝In thicker patients, CT actually delivers less fetal dose than even a four-film excretory urogram because it takes more radiation to get through a third-trimester patient.〞She advises against using lead aprons, which risk covering important findings and rendering the exam nondiagnostic.

〝You dont want to be cavalier and say its not as scary as I thought,〞McCollough said. Good imaging decisions come from a careful review of the literature and consensus guidelines, and the development of data-driven practice guidelines that provide consistent care while offering clear guidance to the〝residents and fellows in the middle of the night,〞she said.

Diagnosing venous thromboembolic disease in pregnancy is difficult, yet the potential consequences make it vitally important, said Dr. Fergus Gleeson in his discussion.

Pulmonary embolism is the second most common cause of maternal death in pregnancy, occurring in approximately every 1,000 to 2,000 pregnancies. More than half of these deaths occur during the first trimester. There is a fivefold increase in venous thromboembolism among pregnant women compared to nonpregnant women of the same age, Gleeson said.

〝The difficulty is that clinical assessment may not be possible because pregnancy can mimic (the presentation) of thromboembolic disease, with swollen legs, dyspnea, and chest pain, and the D-dimer goes up,〞he said.

Unfortunately, the literature has not been very helpful for assessing the prevalence and course of disease. No large-scale trials have been conducted on diagnosing thromboembolic disease in pregnant women, indeed most studies exclude pregnant women, and the results cannot be extrapolated.

Compared to the general population, pregnant women are younger and have far less cardiac and respiratory disease.〝You cant clinically score them, you cant apply the Wells test or other methods,〞and the incidence of thromboembolic disease is 10 times lower, Gleeson said.

What are the current conclusions regarding CTPA and V/Q? For nonpregnant patients V/Q is not a very helpful test, Gleeson said.〝For pregnant women, however, as the majority of them do not have thromboembolic disease, its actually not the case,〞he said.〝In our series not yet published of 107 patients suspected of pulmonary embolism in pregnancy, only two had a high-probability perfusion scan, and the vast majority had a normal half-dose perfusion scan.〞Prior to scintigraphy, the patients had all been triaged by chest x-ray and cardiovascular history.

The first step for suspected thromboembolic disease in pregnant patients is to triage with a chest x-ray, Gleeson said. Detection of a pneumothorax, infection or pulmonary edema at radiography precludes the need for further examination.

If radiography is normal, the next step should be compression ultrasound in the legs, he said. True, ultrasound is highly unlikely to be helpful, but if a clot is found then it obviates the need for further testing, he added.

If the ultrasound is normal, a half-dose perfusion scan is a good choice because so few pregnant women have pulmonary emboli, Gleeson said. Approximately 75% to 90% of these exams are in fact normal, and a negative test effectively excludes thromboembolic disease.

If perfusion is abnormal or nondiagnostic, proceed to CTPA, Gleeson advised.〝If the chest x-ray is abnormal, dont do a V/Q scan -- go straight to CTPA,〞he said. Recent studies have concluded that tests other than CTPA, including x-ray triage, can be valuable.

Commenting on the recent Prospective Investigation of Pulmonary Embolism Diagnosis II (PIOPED II) trial, Gleeson said that even 64-detector-row CT was nondiagnostic in 6% of the (nonpregnant) patients suspected of having pulmonary embolism (New England Journal of Medicine, June 2006, Vol. 354:22, pp. 2317-2327).

The rate of nondiagnostic exams might even be higher in pregnant patients due to physiological increases in blood volume and tachycardia, he said.

〝The radiation risk to the fetus from a perfusion scan is clearly greater than it is for CTPA, particularly in early-trimester pregnancy,〞he said.〝However, if you do a chest x-ray, a V/Q scan, a CTPA, and a pulmonary angiogram in a pregnant patient, the radiation dose is still less than the fetal exposure in a normal womb throughout their pregnancy -- and is not significant.〞

An even bigger concern in Europe is radiation risk to the breast, Gleeson said. There, the rate of breast cancers far exceeds U.S. levels, and mammary gland tissue is very radiation-sensitive.

〝We know from biological data that young women have a higher risk -- if youre pregnant, you have alterations in your cellular metabolism and that increases the risk. And we know that breast tissue receives a high effective dose because its close to the skin surface.〞

In a panel discussion after the talks, Dr. Andrew LeRoy, a professor of radiology at the Mayo Clinic in Rochester, MN, commented on the decision-making process for pregnant patients at his institution.

〝Obviously in trauma youve got to get the diagnosis〞(with CT), LeRoy said.〝For PE, CT is better than V/Q and the risk is negligible. In acute abdominal pain, thats where we just wont just order CT willy-nilly; we want the surgeon to come down and actually evaluate the patient before well do CT for the appendix. But if we do need radiation, (for example) ultrasound is equivocal in stone disease, we do CT before we do V/Q.〞 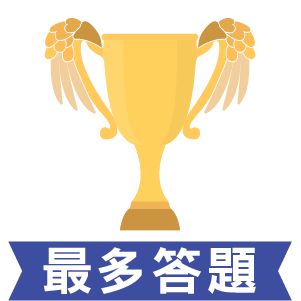 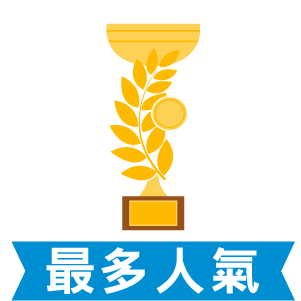